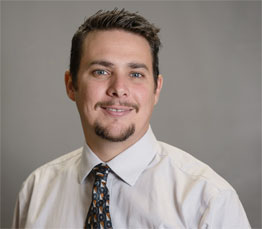 423-304-0060
This email address is being protected from spambots. You need JavaScript enabled to view it.

John was born and raised in Riverside, California. After having his first encounter with Christianity at age 16, it wasn’t long before John knew God had called him to missionary work. He went on his first mission trip to India in 2009. At the age of 21, two years after his trip to India, he heard God’s calling to move to Orphanage Emmanuel in Honduras. Despite criticism and doubt, John sold all he had and moved to Honduras. Many of John’s family and friends did not think his missionary lifestyle would last. However, when John met his wife Jenny everyone's assumptions were proven wrong. John married the love of his life and continued God’s plan for him and his family at Orphanage Emmanuel. John and Jenny worked caring for the boys and girls homes and when the children were in school John tended to the farm. Both John and Jenny worked tirelessly for the good of the orphanage and were blessed in return by the love they received from the children. After 5 years John and his family returned to the states and he started working at a Dude ranch in Dunlap TN as a teacher/lay counselor for special needs children. As of June, 2017 John was called to be the next Youth Minister at Ewtonville Baptist Church.

The Ewtonville High School Sunday School class is about being real with God, yourself and others. We go in depth on many different biblical subjects, but with a main focus on building a solid foundation for all the students so they can live lives without compromise.