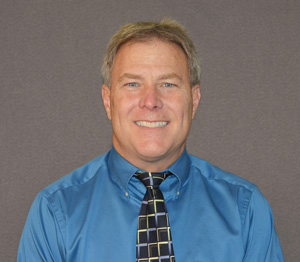 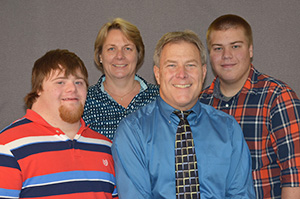 Pastor Brian Kearns was raised in South Point, Ohio and was saved at a revival meeting at the age of eight years old. After finishing high school he joined the U.S. Air Force. During his service in the Air Force he met a friend who lived in the Sequatchie Valley in Tennessee, and he later decided to attend the University of Tennessee at Chattanooga. It was through an invitation from his friend's family that he started attending Ewtonville Baptist Church. While at Ewtonville he met his wife Brenda, and they were married soon after on June 27, 1981. It was also during his time at Ewtonville that God called him into the ministry.

Upon receiving the call into ministry he and Brenda left Tennessee to attend Southern Seminary in Louisville, Kentucky. In the following years, after leaving seminary, Pastor Kearns held various positions including youth pastor in Georgia and Virginia. God then called him to pastor Artesian Baptist Church in Virginia for three years. After Pastor Kearns had been away for many years, God called him back to Ewtonville Baptist Church to be an associate pastor. God's plan came full circle when Pastor Kearns was given the opportunity to become the senior pastor.

Pastor Kearns has faithfully served the church as senior pastor since 1996. In teaching and preaching the word of God, he has always strived to meet the charge of 2 Timothy 2:15: Study to show thyself approved unto God, a workman that needeth not to be ashamed, rightly dividing the word of truth., in following the work of a pastor as written in Ephesians 4:12: For the perfecting of the saints, for the work of the ministry, for the edifying of the body of Christ:.

Pastor Kearns is a devoted family man and enjoys spending as much time as possible with his wife, four children, and four grandchildren.

Message From the Pastor

"As the pastor of Ewtonville Baptist Church, I am always excited to see how God is using our church here in the Sequatchie Valley. We, as the body of Christ, are continuing to grow in our love for one another, and our desire as a church is to show that love to our local community and to the world by serving our Lord Jesus Christ through outreach and missions. By challenging each other to seek God first in our lives, we pray that He will be exalted in greater and greater ways. I invite you to come and be a part of this loving, grace-filled fellowship."
— Senior Pastor, Brian Kearns